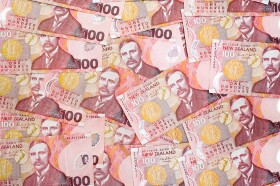 NZ Dollar Lower vs. US Dollar, Bounce vs. Other Rivals

The New Zealand dollar traded lower versus its US peer but managed to rebound against such major rivals as the euro and the Japanese yen.

The US dollar continued to receive support from optimism caused by the victory of Donald Trump in the US presidential elections. Meanwhile, the accommodative monetary policy of the Reserve Bank of New Zealand made the kiwi rather vulnerable. Yet the New Zealand currency managed to rise above the opening level against some of its rivals despite negative fundamentals, including weaker-than-expected industrial production in China.

Update: New Zealand was hit by a strong earthquake. At the present time, it is hard to tell what impact on markets it may have.