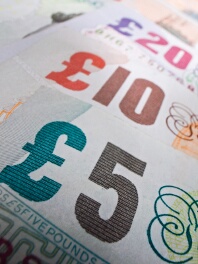 Sterling on High After US Election Result

A day after the shock US election result, sterling continues to increase in value against the dollar. On Thursday, the pound continued to gain further momentum, rising by 0.1% during todayâs trading.

The gains in sterlingâs value are good news for UK businesses who depend on imports. However, the biggest question is whether the poundâs appreciation will continue, and expert analysis suggests the change in the poundâs fortunes are not set to last.

Eric Theoret, an analyst at Scotiabank in Canada, stated:

GBP is quiet, consolidating within a relatively tight range, a relative performer against its G4 peers and most of the G10 currencies.

However, Theoret has concerns over whether sterling will continue to retain its strength against the dollar.

Forecast sites predict that sterling will continue to put up a strong performance during November 2016, ending the month with a 4.92% gain. However, the poundâs fortunes are expected to decline in December and early into the New Year.

Nevertheless, with exchange rates for the pound remaining low, some analysts feel that sterling might seem like an attractive investment, but despite todayâs appreciation, the UK currency looks set for a volatile time ahead.