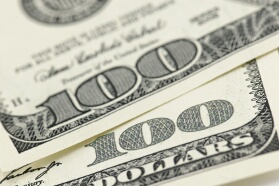 The US dollar had a small decline in todayâs trading against the euro and the British pound as nervous traders anticipated the result of todayâs election race between Democratic candidate Hillary Clinton and Republican Donald Trump.

Latest opinion polls showed that Clinton has a lead over Trump after FBI Director James Comey told Congress on Monday that the agency found no evidence to support criminal charges against the Democratic candidate, which raised tradersâ hopes for a win by Clinton in todayâs presidential election.

Dollarâs exchange rate has been jittery against major currencies today after it had a positive surge following yesterdayâs FBI announcement. Traders are being very cautious after learning from opinion polls during the days leading to the UKâs Brexit referendum that small gaps in polls can lead to unexpected results.

In the case of an election result that hands the White House to Donald Trump, the greenback will likely have a sharp decline as investors return to the safety of haven currencies and assets like the Japanese yen, Swiss franc, and gold.