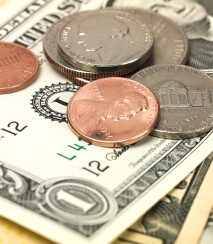 Dollar Higher vs. Euro & Yen, Mixed vs. Other Majors

The US dollar continued to rally against the euro and the Japanese yen today due to divergent monetary policies of the nations’ central banks. The greenback demonstrated mixed performance against other most-traded currencies as the rebound of global stocks limited demand for the currency as a safe haven option.

The flash Markit manufacturing PMI climbed from 51.2 in December to 52.7 in January, rising far above economists’ expectations, though it remained close to multi-year lows. Existing home sales surged to 5.46 million in December from 4.76 million in November, also beating forecasts. The only negative piece of data came in the form of the leading index that dropped 0.2 percent last month, more than was forecast by analysts.

The relatively positive economic indicators alleviated fears that the Federal Reserve may pare back its monetary tightening after it has hiked interest rates in December. The Fed is going to hold policy meeting next week, and it will be closely watched by traders and analysts.