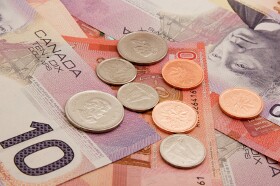 The Canadian dollar sank to new multi-year lows against its US counterpart today due to negative economic data from Canada. While analysts expected poor performance from the Canadian economy, it fared even worse than forecasts.

Canada’s gross domestic product fell 0.2 percent in November. The actual reading was even worse than the pessimistic forecast of a 0.1 percent decline. The report said that the economic slowdown was “largely the result of declines in manufacturing, mining, and oil and gas extraction.”

The loonie fell to the lowest level since March 2009 against the greenback even though the GDP report from the United States was disappointing too. The Canadian currency also slipped to the lowest since March 27, 2014, against the Japanese yen. The poor performance of Canada’s economy was just another of many reasons for the weakness of CAD.