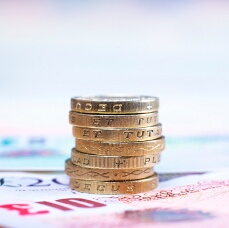 The Great Britain pound was mixed after today’s economic data from the United Kingdom. The currency was stable against the US dollar, fell versus the euro and rose versus the Japanese yen.

The Nationwide House Price Index rose 0.3 percent in January, in line with expectations. The Confederation of British Industry released its Distributive Trades Survey, showing a balance of realized sales at +39 percent, above predictions. All in all, data was rather neutral, giving no edge to the sterling.