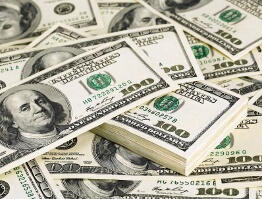 Greenback Continues to Pull Back

Greenback is pulling back against its major counterparts today, heading lower with some correction in the market. Also sending the dollar lower are expectations that the recent dollar bubble might burst.

US dollar has been strong for quite some time, and, in reality, the dollar is still fairly strong. However, the greenback is losing some ground against its major counterparts today. Dollar is pulling back as speculation rises that it is in a bubble, and that the bubble might burst at some point soon. So far, the dollar’s main selling point is that it is a little better than other currencies, like the euro and the pound, that continue to struggle while the US economy continues to make improvements.

The strong dollar isn’t preferred by everyone, though. Sustained dollar strength might be taking its toll on US companies. With the dollar stronger, it makes US exports more expensive to others, and that is cutting into some profits, like those announced by Procter & Gamble.