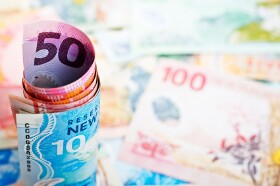 The New Zealand dollar dipped to the lowest level since June 2012 against its US peer today despite positive domestic macroeconomic data. While the currency bounced against the greenback, it retained losses versus the Japanese yen.

BusinessNZ Performance of Manufacturing Index climbed from 55.6 in November to 57.7 in December, demonstrating healthy growth of the sector by the end of the year. The data was not able to support the New Zealand dollar that declined for the third day. While the currency halted the drop versus its US counterpart, the kiwi is struggling to stay close to the opening level and is in danger of resuming its rally to the downside.