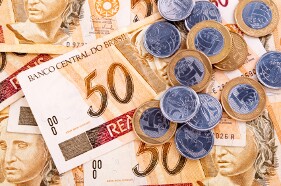 Brazil’s central bank increased its key Selic rate at today’s monetary policy meeting. The decision was not unexpected by market participants, but the Brazilian real still demonstrated a rather big rally after the announcement.

The Central Bank of Brazil announced an increase of its main interest rate by 50 basis points to 12.25 percent. It was the third straight interest rate hike. Analysts believe that the central bank may perform another increase, though perhaps not at the next meeting.

If you have any questions, comments or opinions regarding the Brazilian Real,
feel free to post them using the commentary form below.