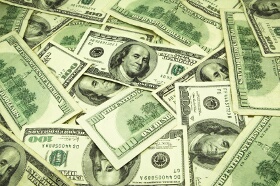 The US dollar dipped against its major peers today even though US non-farm payrolls came out even better than optimistic expectations. Can the weird behavior be explained? So happens, market analysts have a theory that justifies the poor performance of the US currency.

US non-farm employment grew by 252,000 in December, more that analysts have forecast (241,000). On top of that, the previous month’s reading received a positive revision from the already amazing value of 321,000 to 353,000. The unemployment rate declined by 0.2 percentage point to 5.6 percent, below the predicted level.

So, what spoiled the very positive report, pushing the dollar down? According to specialists, the answer is simple — decline of wages. Average hourly earnings dropped by 0.2 percent instead of rising at the same rate as was expected. Apparently, it was enough to drive the greenback lower despite the otherwise supportive report. Of course, profit-taking after the long rally can also be a reason for the currency’s drop.