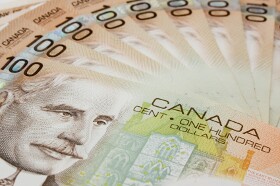 Macroeconomic reports from Canada were universally bad today, driving the Canadian dollar lower against most of major peers. The currency reached the lowest level since May 2009 against the US dollar.

While the US employment reports had some negative parts in it, Canadian employment data was simply bad as the number of jobs fell by 4,300 in December. The reading was not as bad as the November drop by 10,700 but also was nowhere as good as the forecast of growth by 10,300. As a positive part of the report, the decline was in part-time jobs while the number of full-time jobs actually increased.

Other economic indicators were poor as well. Building permits tumbled 13.8 percent in November even though forecasters predicted an increase. The number of housing starts declined last month, trailing specialists’ projections.