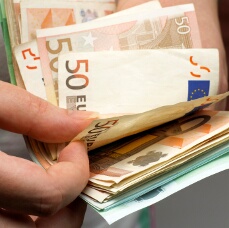 Euro is a little bit rattled today, but not enough to be seeing losses to its major counterparts yet. Between lower stocks across the eurozone, and concerns about the outcome of Greek elections, many expected the 18-nation currency to be doing worse today.

Euro isn’t doing as poorly as some expected earlier. Instead, the euro is up against many of its major counterparts, logging gains even though things are in a bit of an uproar across the eurozone.

Greek parliament has rejected the presidential candidate put forward by the government, and that means elections in January or February. Many expect that the far-left part, Syriza, will gain ascendancy after the elections. Greece’s participation in the eurozone would be in question with Syriza holding the reins. While some thing that Greece wouldn’t be such a loss to the 18-nation currency region, others see the defection of one country something that could start a chain reaction amongst periphery countries — or even core eurozone countries.

For now, though, a drop in stocks across the eurozone is the biggest result of this news, since the euro is mostly higher.