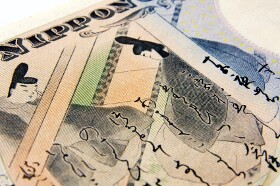 The Japanese yen fell against the US dollar and the Great Britain pound today due to negative macroeconomic data. The drop was small, and the currency managed to gain against the euro.

Almost all today’s reports from Japan were bad. Inflation slowed while both average cash earnings and industrial production dropped unexpectedly. The data suggests that Japan’s path to economic recovery is not straightforward and there will be difficulties.

Slowing inflation is particularly worrisome because it means that the Bank of Japan will not reach its inflation target as fast as it was expected. This, in turn, means that extremely accommodative policy will persist for longer.

While the monetary policy outlook is unfavorable for the yen, the risk-negative market sentiment is positive for the currency, limiting its losses and allowing to gain against some peers.