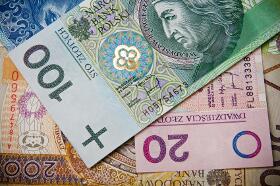 The Polish zloty fell today on concerns that economic troubles in Russia may spread to other Eastern European countries. Yet analysts argue that the future does not necessarily looks bleak for the currency.

While sanctions implemented by the United States and the European Union are hurting Russia’s economy, they also may have adverse impact on economies of European counties, especially in the Eastern parts of the region. Such worries drove the zloty down, but experts argue that the decline should be limited. While the currency was the weakest performer among its emerging-markets peers after the ruble and forint, technical studies reveal that bounce is likely. Speculations that the central bank will not cut already low interest rates further give additional support for the zloty.

If you have any questions, comments or opinions regarding the Polish Zloty,
feel free to post them using the commentary form below.