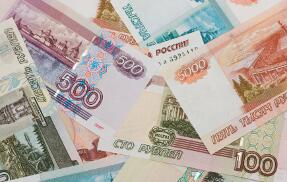 Ruble Gains with Support from Bank of Russia

The Russian ruble jumped as attempts of the Bank of Russia to stem the currency’s drop resulted in a success, at least for now. The central bank was selling dollar and pledged to help companies to meet their foreign-currency debt obligations.

The Bank of Russia revealed measures it is going to take for stabilizing the financial sector. Among them, the central bank mentioned:

In order to limit the impact of revaluation of assets and liabilities denominated in foreign currencies on prudential ratios of credit institutions, the Bank of Russia intends to grant credit institutions a temporary right to use the exchange rate computed for the previous quarter when calculating prudential requirements for operations in foreign currencies.

While the previous attempts to bolster the ruble were unsuccessful, the currency performed well after the central bank made the announcement. How long the ruble will stay firm remains to be seen.