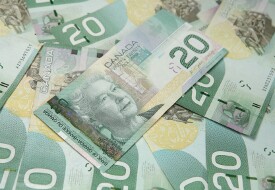 The Canadian dollar soared today with the help of rising price for crude oil. This allowed the currency to ignore negative domestic macroeconomic data though it was unable to outperform the US dollar.

Futures for crude oil, which were under strong selling pressure lately, caught market participants and analysts by surprise demonstrating a substantial rally today. It was beneficial for Canada’s economy, which relies on oil exports strongly, and consequently to the Canadian currency. The surge of oil price can also explain the strong performance of the Russian ruble.

Canadian wholesale sales rose only marginally by 0.1 percent in October. The increase was nowhere near the predicted 0.9 percent and the previous month’s gain of 1.8 percent.

The loonie ignored the negative report with the help of the oil rally. Yet the Canadian currency was still weaker than the US dollar that got boost from the Federal Reserve policy statement.