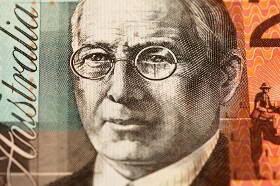 Today, the Australian dollar rose against its US counterpart after reaching the new multi-year low earlier but fell versus the Japanese yen. The minutes of the central bank’s December policy meeting gave mixed signals to the markets.

The Reserve Bank of Australia reiterated in its minutes that “the most prudent course was likely to be a period of stability in interest rates.” Yet policy makers also discussed speculations about possible interest rate cuts:

They noted that market expectations implied some chance of an easing of policy during 2015 and discussed the factors that might be producing such an expectation.

Some experts argued that the discussion may be the first step in shifting to easing bias.