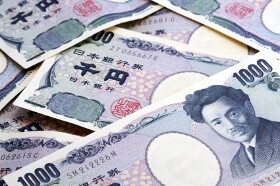 The Japanese yen rose against other majors today, though the currency retraced its gains versus the US dollar as of now. The rally followed the victory of Japan’s Prime Minister Shinzo Abe in the snap elections over the weekend.

Abe’s gamble to call a snap election has paid off as his party won the majority in the parliament. While the yen rallied after the news, analysts think that the outcome is negative for the Japanese currency in a long run. The Prime Minister will be able to continue with his plans for economic recovery, which include weaker yen.