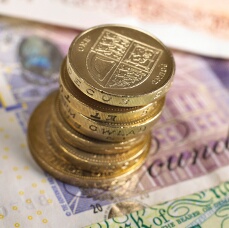 Pound Drops vs. Dollar, Holds Ground vs. Other Peers

The Great Britain pound fell against the US dollar yesterday and maintained losses today. The sterling’s performance against other currencies, including the euro and the Japanese yen, was far better.

British Retail Consortium released a report today that showed a drop of the Shop Price Index by 1.9 percent in November, the same as in the previous month. The report followed yesterday’s data that demonstrated a drop of the seasonally adjusted Markit/CIPS UK Construction Purchasing Managersâ Index from 61.4 in October to 59.4 in November. It was the lowest reading since October 2013.

The poor indicators added to worries about slowing growth momentum in the United Kingdom. This led to the drop of the sterling against the dollar. At the same time, Britain’s currency was surprisingly resilient versus other majors.