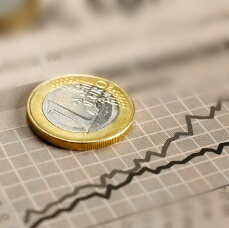 Euro Falls Across the Board Ahead of ECB

Speculation is running high that the ECB will announce more easing actions after its policy meeting tomorrow. As a result of poor economic data, the euro is at its weakest in more than 24 months, and many expect more weakness from the 18-nation currency.

Tomorrow, ECB President Mario Draghi will announce what’s next for monetary policy in the eurozone. Many expect that policymakers will announce further efforts to ease the situation and stimulate the economy. Draghi has already said that the ECB is willing to do just about anything to keep the economy going and save the eurozone, and that means that fresh efforts to ease monetary policy, even as it weakens the euro, are expected.

Right now, the expectations, especially following the latest disappointing purchasing managers’ surveys throughout the eurozone, are for the ECB to announce asset buying measures. These expectations are sending the euro lower practically across the board, and the euro is down to its lowest point in more than two years.